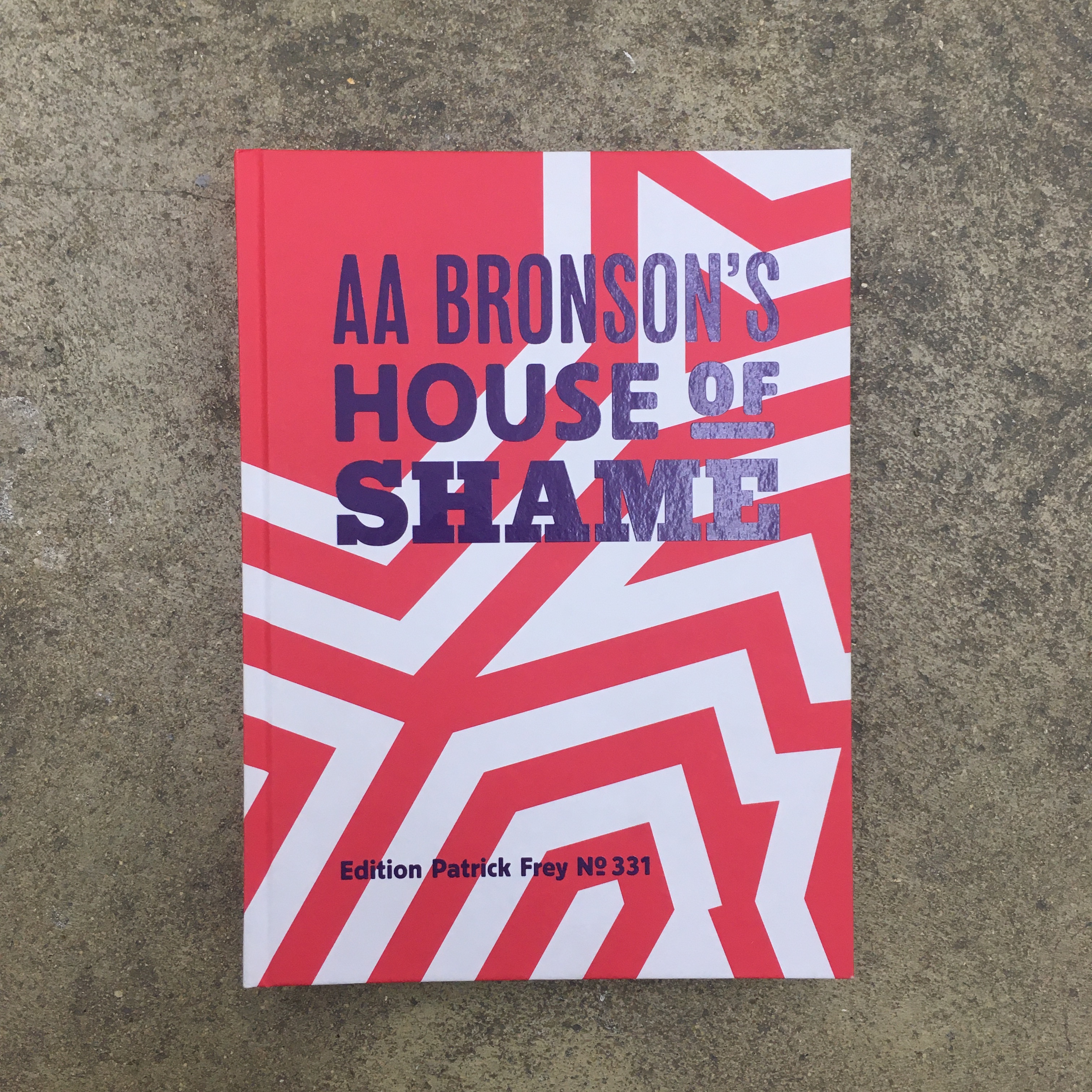 A nocturnal secret ritual performed by two naked men in a hotel room in Rotterdam; a woven tent where the artist dressed as a mage encounters visitors to share their traumas; buttplugs adorned with rooster feathers; a collection of queer zines; anal-sprayed tartan paintings; a zen garden of mugwort. A few of the singular artistic gestures AA Bronson committed in the last few years are united in this book. After his General Idea partners, Felix Partz and Jorge Zontal, passed away in 1994, AA Bronson had to learn how to keep on living by himself, inventing a personal identity without his former companions, creating a new community of work, friendship and love. These issues have been at the core of his art in the last 25 years. He has developed a work where collaboration with other artists, especially younger queer artists, and creation of a social bond are central. AA Bronson’s House of Shame aims to emphasize this social dimension in his work through an overview of a series of exhibitions he made between 2013 and 2018. These are shows that bring together a community of artists; shows where performances and rituals, often invisible, contribute to the creation of a shared experience; a unique blend of art, friendship, collaboration, spirituality and humour. The book is in two-parts. An initial monographic section, which includes an essay and an interview with the artist, brings together the works and the exhibitions. In the second, choral part, friends have been invited to bear witness and write a sort of ‘journal de bord,’ telling the tale of five years of the artist’s community life.