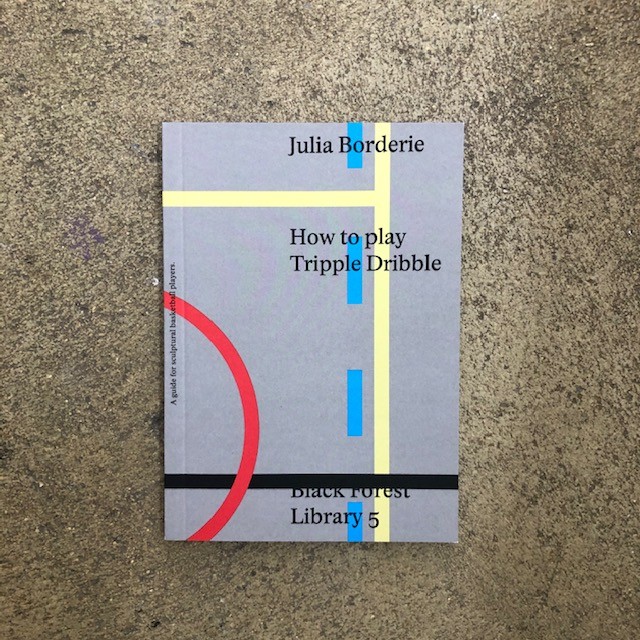 How to play Tripple Dribble A guide for sculptural basketball players.

Tripple Dribble is a long term project by French artist Julia Borderie. It was initiated in collaboration with basketball players in Montreal (2015) and Val-de-Marne (2018, with Céline Bouffard) and explores the common space between basketball and the visual art discipline. Conceived as a guide, this edition proposes that the reader re-appropriate and re-invent the principles of an existing game, to determine new rules and new gestures for play. The book teaches its readers not only a new interpretation of basketball but an attitude that applies to many spheres of life. Even if one is not able to change the rules (of a game) on a large scale, one is able to change them in a small social unit. The French sociologist Michel de Certeau speaks in his famous book “The Practice of Everyday Life” [Arts de Faire] about so-called “spaces of actions” [espace d’action]. He describes how individuals can change social rules by creating their own spaces of actions within an existing system. Tripple Dribble is without doubt such a space of action, a vivid example that change is possible without changing the entire game but by adding new dimensions, values and also barriers into it.