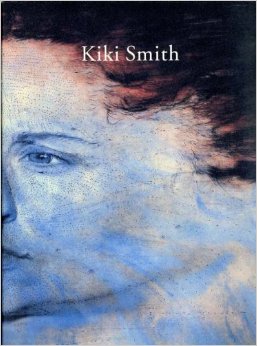 To a large extent Kiki Smith’s anarchic curiosity leads her art. The process of researching, visualising and making her fantasies goes both with the relative informality of her studio and with a certain detachment from the conventions governing the curatorial and commercial side of her profession. What is not in question is her ability to communicate intuitively with the spectator ; indeed, the work is deliberately « available ». Moreover, as Kiki Smith’s reputation has grown over the last ten years, demands for her work have become numerous and so we were especially delighted that she responded to our open invitation to make and place new work in the Lower Gallery. Over the last decade a whole genre of body-based work has been established with many women treating their own sexuality in a way unknown in previous art. Artists have rediscovered the concept of centredness ; for example, last year William Tucker (lecturing at the Tate) spoke of the tradition stretching from the Venus of Willendorf and the Riaci bronzes to his own faith in mass and touch. Not a natural modeller, Kiki Smith has evoked bodily systems and fluids in her work as well as volumes, in a highly original way that allows the figures to seem like matter mutilated, petrified and invaded as well as caressed and embellished. Many works have a religious and relic-like strangeness and, we believe, will occupy the church-like spaces at the Whitechapel with particular force. (Catherine Lampert)