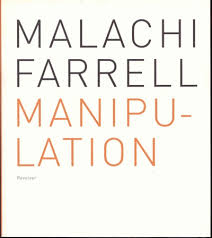 Power and the poetry of money, the increasingly narrower latitude available for political action, the role of the self-generating war, the iciness of society, the execution of nature – these are the themes to which Malachi Farrell draws our eye, as well as to a bunch of cables, hoses, aluminum sheets, contraptions, and electronic parts everywhere, to which movement and sound are added. The result is loud and wild. The machinery is visible ; it is meant to be visible. The artist, who was born in Ireland and raised in Paris, reveals to us what holds the world together at its core, but he does so very much from the perspective of a rapper version of a French artist-intellectual who has declared his support for the principle of political responsability to society.

Give them an inch and they take a mile