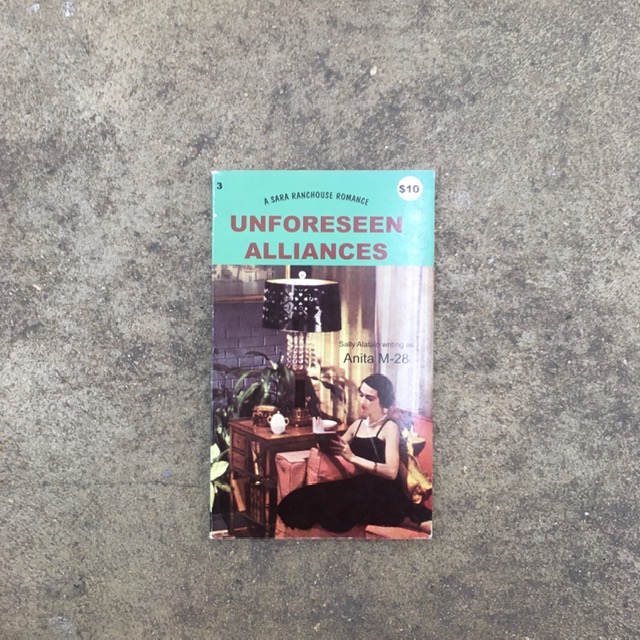 “The romance novel stood alone, forgotten on a separate shelf, resigned to a studied appearance of singular, autonomous text. It seemed there was no hope of reviving her timeworn story. Then, unexpectedly, a timid hand appeared to reposition first one book, and then another. Fate had finally arrived to give the romance novel a new place in life, to forge unforseen alliances.”

Don’t be fooled by this “timid hand”; it belongs to none other than the intrepid Sally Alatalo, who fearlessly takes on genre after pulp fiction genre in a fight to reclaim pleasure and possibility from exhausted forms. Here, her deft arrangements of romance titles create condensed love stories in five line poems. An appendix of 1,878 titles at the back invites the reader to try his or her hand at this cut and paste approach to romance. 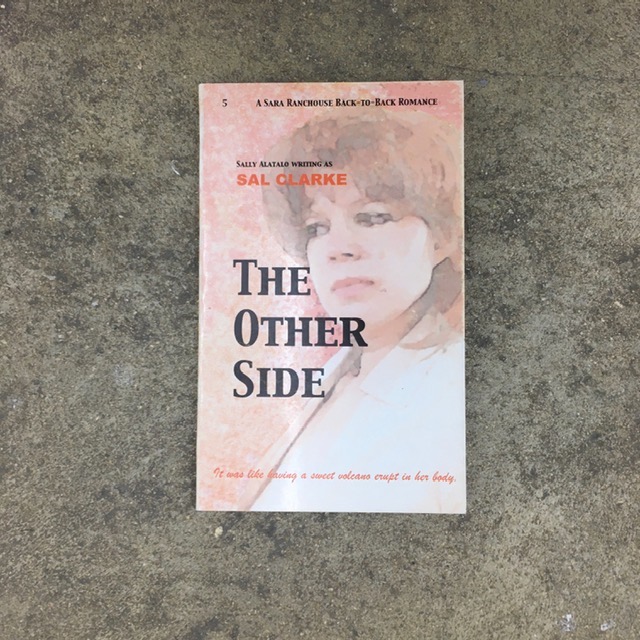 Love Takes Two & The Other Side

Recognizing that in detective novels, descriptions of women’s hair are keys to their characters, this second installment in the Sara Ranchouse mystery series combines text from Raymond Chandler’s Big Sleep with poetry by Alatalo and haircolor tips.