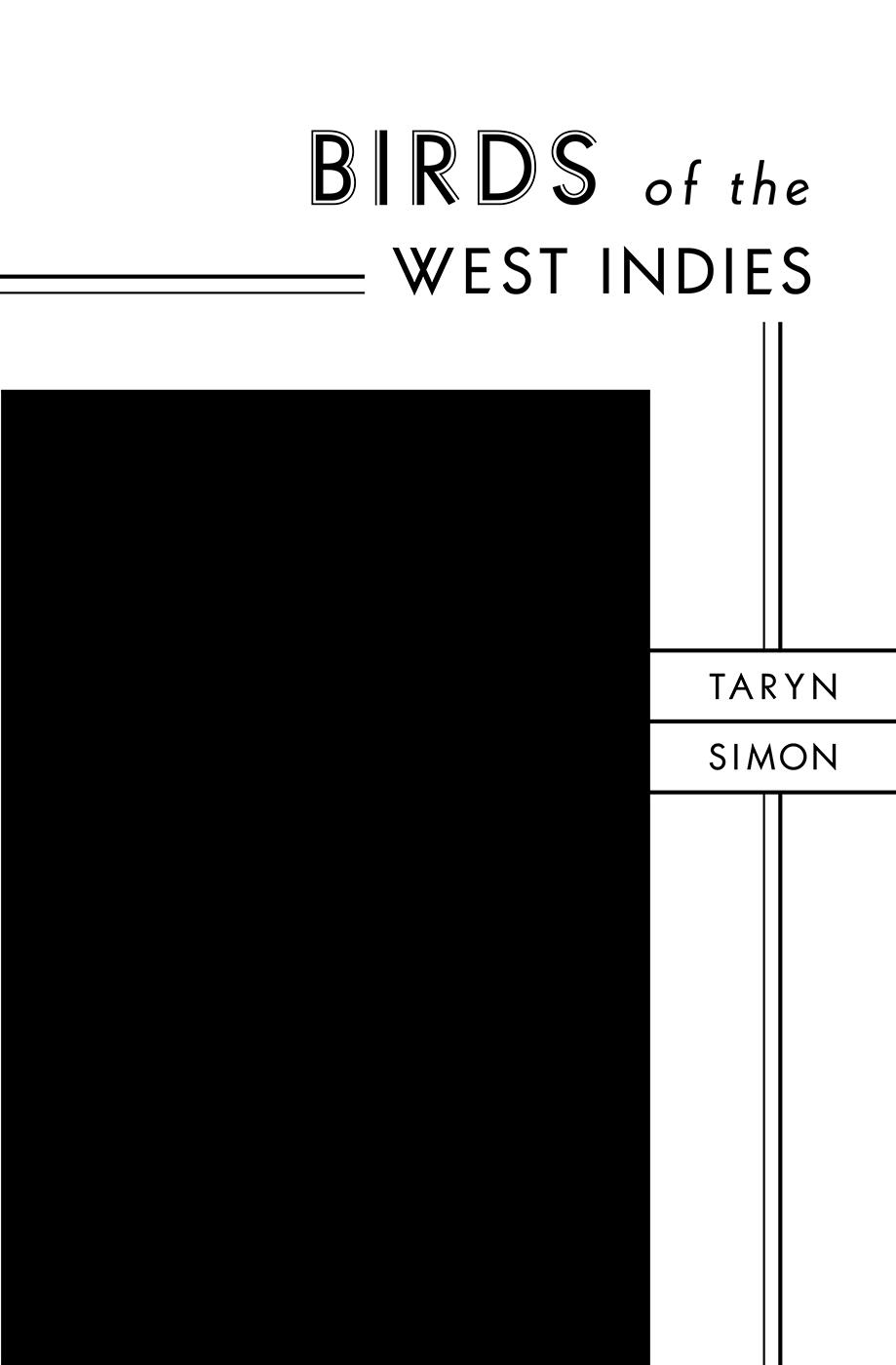 Birds of the West Indies

In 1936, an American ornithologist named James Bond published the definitive taxonomy Birds of the West Indies. Ian Fleming, an active bird-watcher living in Jamaica, appropriated the name for his novel’s lead character. This co-opting of a name was the first in a series of substitutions and replacements that would become central to the construction of Bond narrative.

Artist Taryn Simon’s Birds of the West Indies takes the name and format of the original Bond’s taxonomy to present a photographic inventory of women, weapons, and vehicles – recurring elements in the James Bond films between 1962 and 2012. This visual database of interchangeable variables used in the production of fantasy examines the economic and emotional value generated by their repetition.