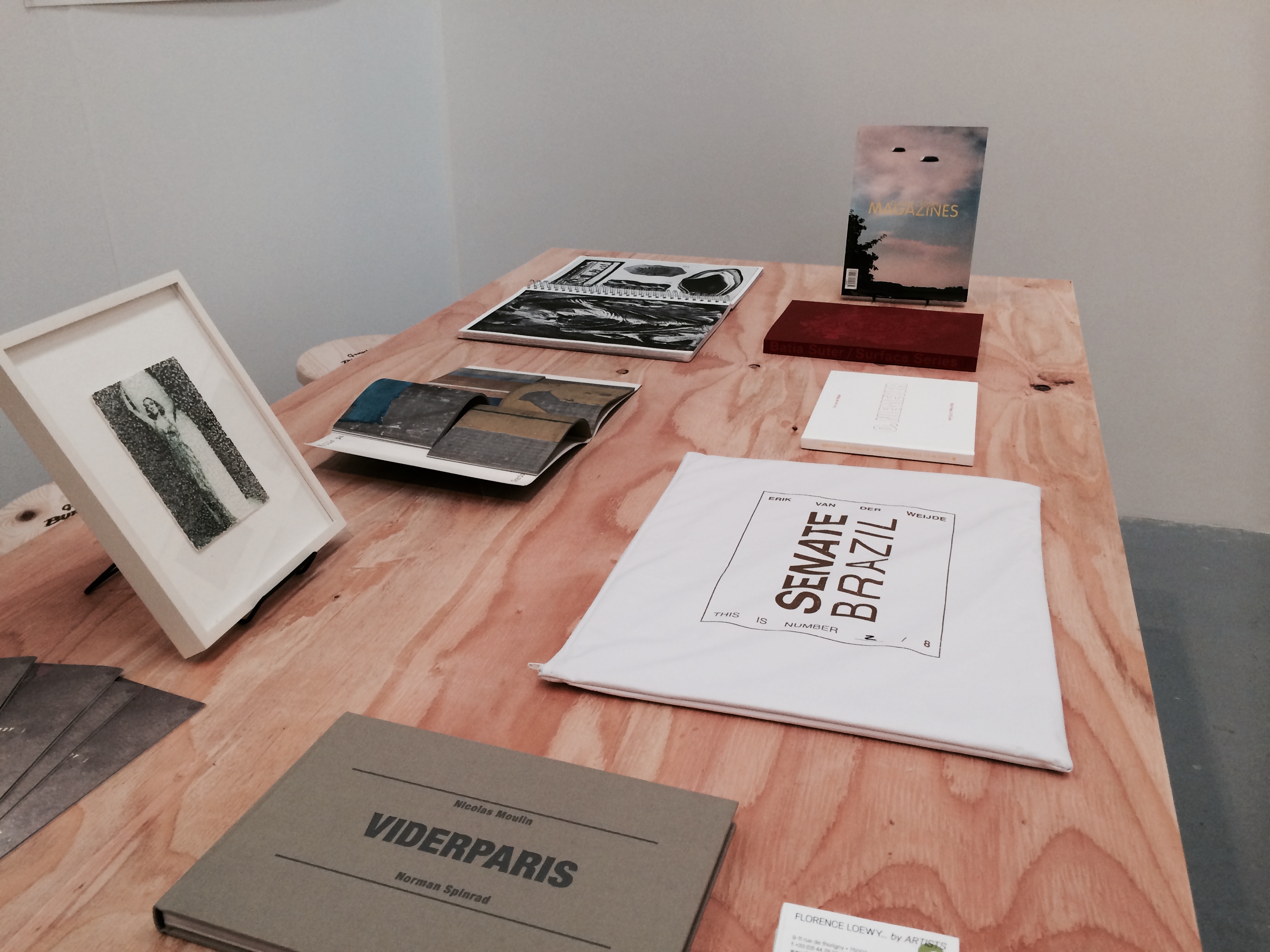 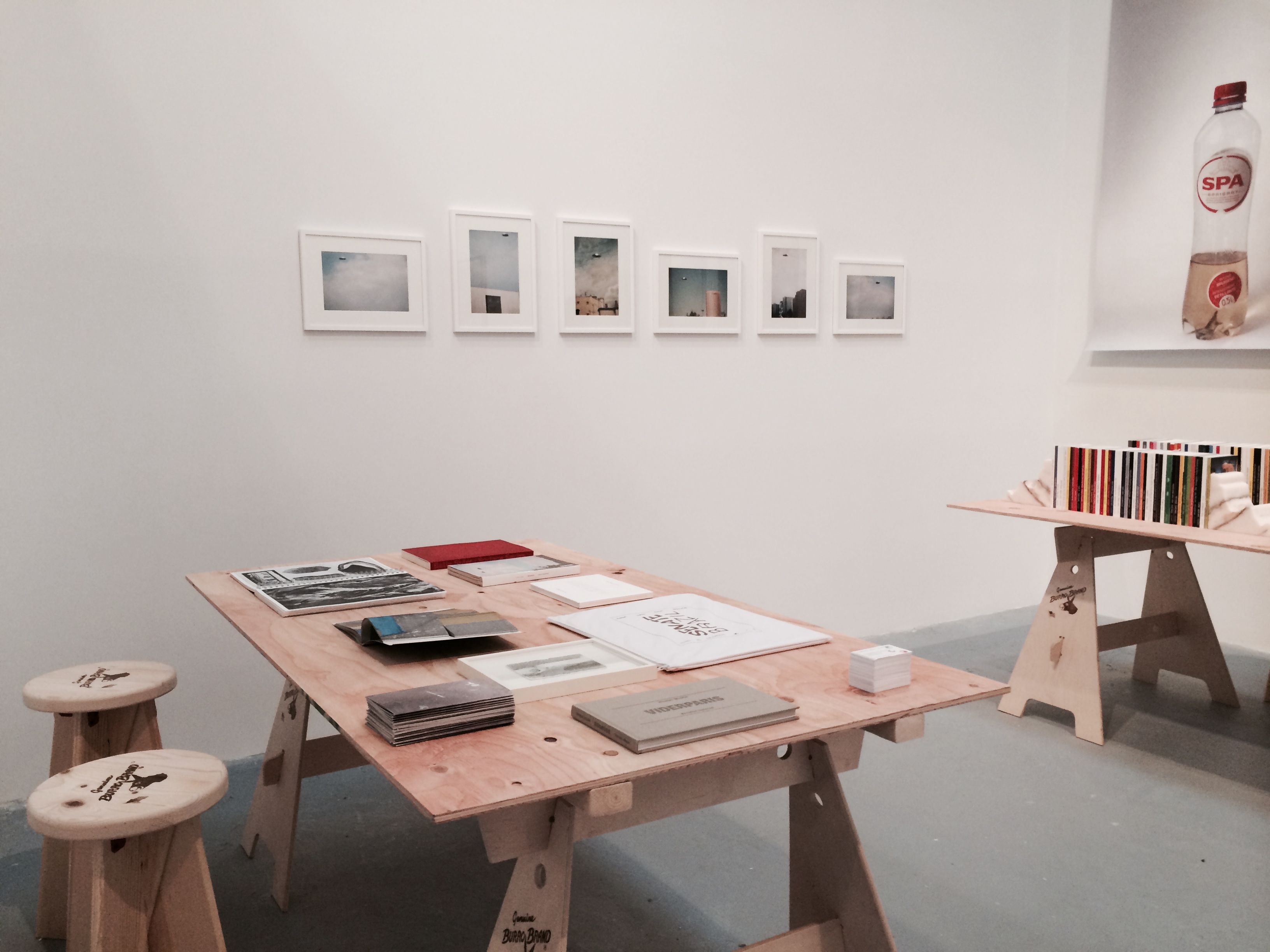 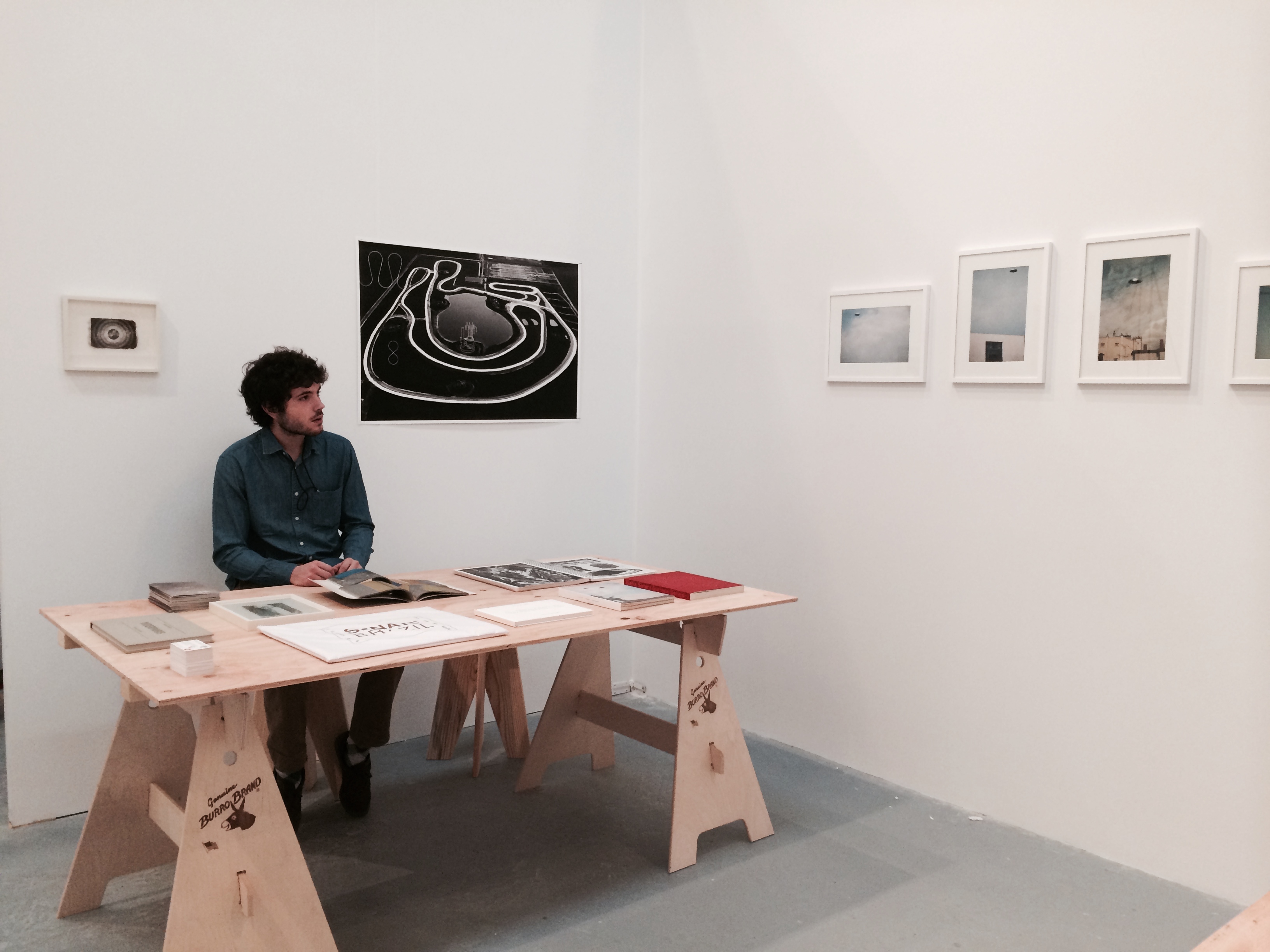 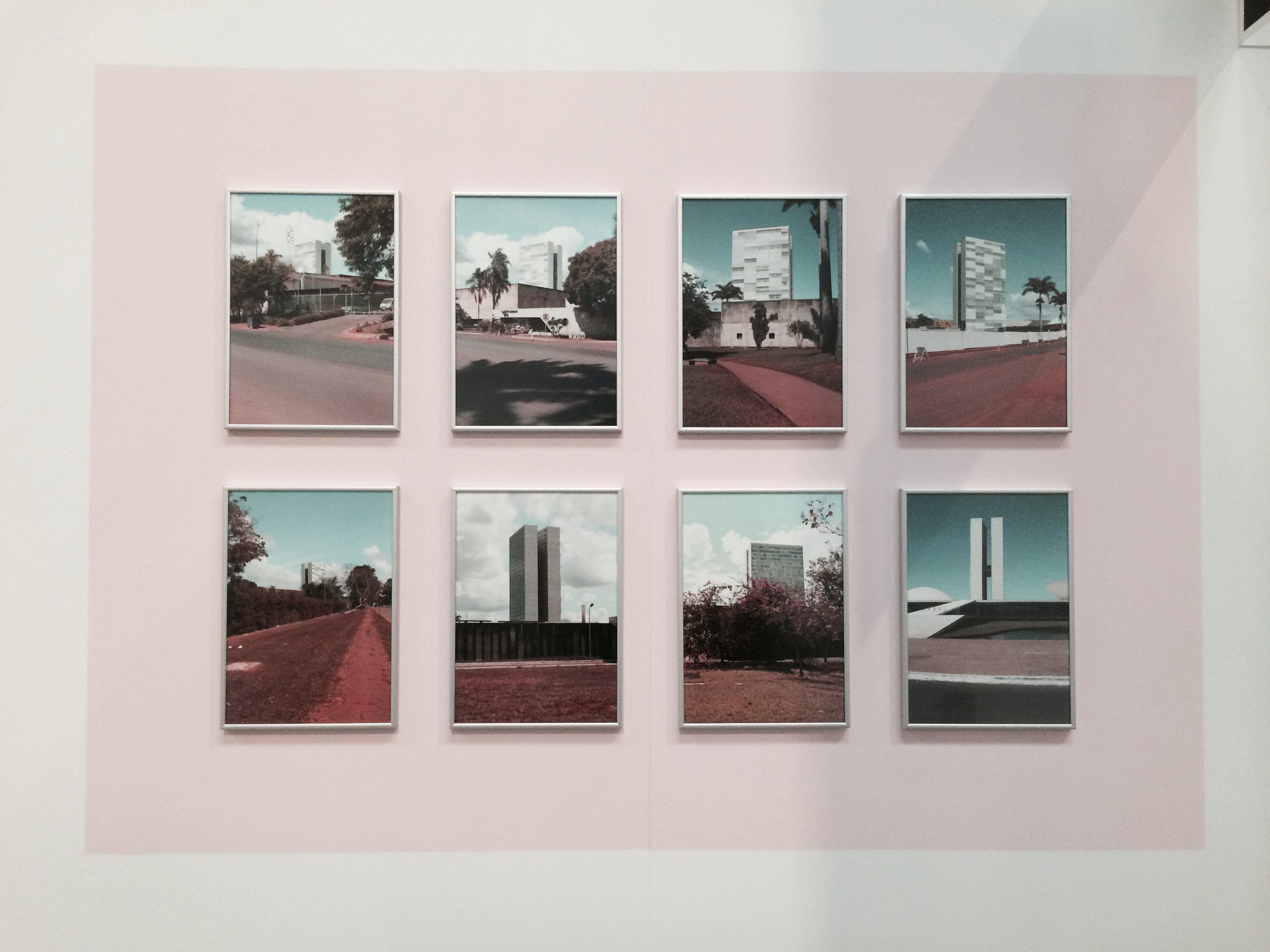 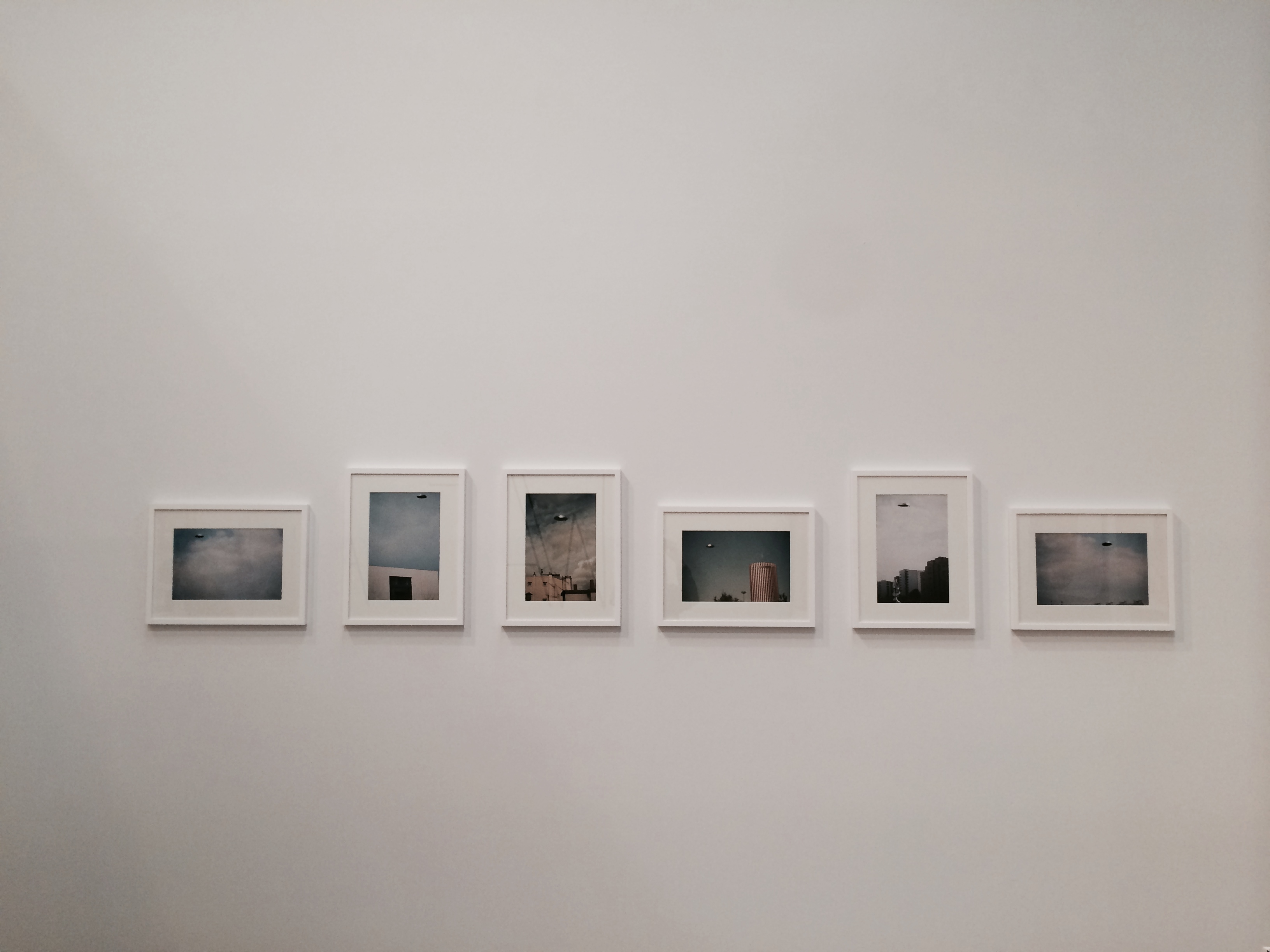 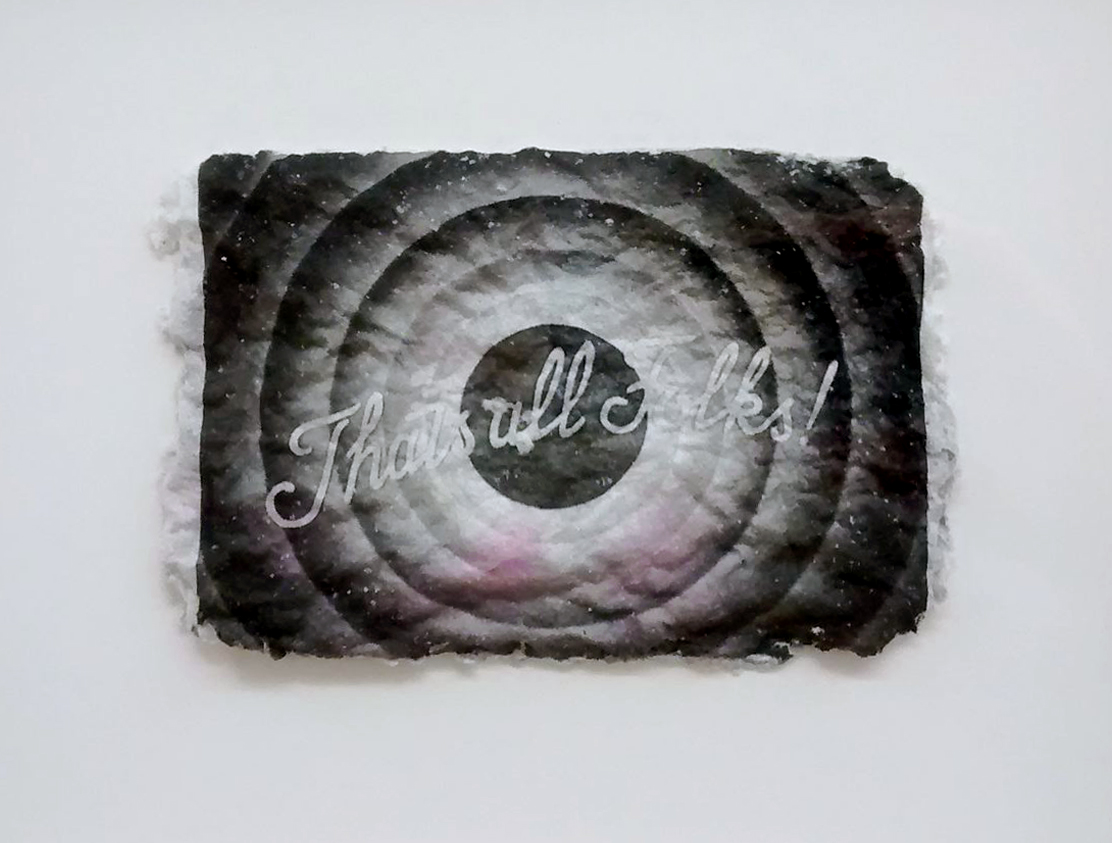 Free and open to the public, Printed Matter’s LA Art Book Fair is a unique event for artists’ books, catalogs, monographs, periodicals, and zines presented by more than 260 presses, antiquarians, artists, and independent publishers from 19 countries.

Join us on Thursday, January 30, from 6 to 9 pm, at the Geffen Contemporary for a three-hour opening night preview, with a performance by 2014 Whitney Biennial artist Donelle Woolford, an outdoor stage programmed by KCHUNG Radio, and more.

Visit laartbookfair.net for details on this and other special events.

(XE)ROX & PAPER + SCISSORS
A super-sized subsection of the LA Art Book Fair; (XE)ROX & PAPER + SCISSORS takes over the Geffen annex with more than 100 international artists, zinesters, and small presses, offering a survey of independent publishing at its most innovative and affordable. Select exhibitors include: Jane & Jeremy (UK),I Never Read (Switzerland), Year of the Horse by New Territories Studio(China), Drippy Bone (Los Angeles), and many others.

MOCAtv
This year, MOCAtv and the LA Art Book Fair team up to bring you a series of programs, including a screening of The Art of Punk created by Bryan Ray Turcotte and Bo Bushnell, as well as Jeffrey Vallance and special guests in conversation about comedy and its place in the art world. Plus the premiere of a new MOCAtv film about Jeffrey Vallance’s work from 1978, Blinky the Friendly Hen. Please see here for the full MOCAtv schedule.

Contemporary Artists’ Books Conference (CABC)
The Contemporary Artists’ Books Conference – an integral part of the NY Art Book Fair for the past six years – will be part of the LA Art Book Fair for the first time, presenting a Sunday of debate on emerging practices and issues within art-book culture. Highlights include Bidoun presenting an eclectic selection from a forthcoming anthology of writings by the artist and poet Etel Adnan, To look at the sea is to become what one is: An Etel Adnan Reader, and ForYourArtpresenting a marathon reading of 2-3 minute passages of John Baldessari’swritings on the occasion of the launch of More Than You Wanted to Know About John Baldessari, a nod to the artist’s playful 1972 performance in which he sang Sol LeWitt’s Thirty-Five Statements on Conceptual Art to the tune of popular songs. Please see here for the full CABC schedule.

Friendly Fire
A diverse group of politically-minded artists and collectives focused on the intersection of art and activism, this section of (XE)ROX & PAPER + SCISSORS includes: Temporary Services/Half Letter Press (Illinois), Journal of Aesthetics and Protest (Los Angeles), Center for Urban Pedagogy (New York) and Red 76 (Oregon), and others.

KCHUNG Radio Stage
LA-based KCHUNG presents daily music programming on a stage in the courtyard – each day with at least four acts, including performances byDucktails, Guan Wrong, LSDD, and many others. Please see here for the fullKCHUNG schedule.

A full calendar of events is posted online at laartbookfair.net

Printed Matter presents QUEER ZINES, an inclusive survey of over 240 publications by international independent publishers, drawn from the collections of Philip Aarons and AA Bronson. QUEER ZINES is a historical survey of serial, independent publications with a queer sensibility, illustrating the trajectory of queer zine publishing from the early 70s to current day. Crossing traditional boundaries of race, class, and gender, these zines are often cheaply-produced and largely distributed by mail; their formal dynamism, their mixing of media, and their radical politics finding striking analogue in contemporaneous queer theory. The exhibition is accompanied by a curated booth of contemporary and out of print Queer Zines for purchase, as well as a weekend full of Queer Interventions by a number of Queer Zinemakers, and a conversation with Philip Aarons, Darin Klein and Raymond Cha.

Andrew Roth and PPP Editions is pleased to present a collaborative project created exclusively for the LA Art Book Fair by Leigh Ledare and Nicolas Guagnini. It consists of an intervention into 100 books on the social sciences: Marxism, psychoanalysis, linguistics, anthropology, philosophy, literary and art criticism, cultural studies, and literature. The intervention consists of circular holes filled with a variation of positions and possibilities within human sexual interaction.

Fabulousity is an exhibition of ephemera and photographs by Alexis Dibiasiosurrounding 80s and 90s New York Club Kid Culture. This outrageous period of New York nightlife became notorious for its elaborate costumes, ostentatious drug use and high energy characters, and this exhibition coincides with the recent publication of the book; Fabulousity: A Night You’ll Never Forget. . .Or Remember by Wildlife Press (UK).

Boo-Hooray hosts a presentation devoted to Swedish 60s underground artist and photographer Carl Johan De Geer. Exhibiting copies of and work from his underground magazine Puss, original silkscreens, fabrics and clothes he made, as well as a ton of vintage black & white prints of life in Stockholm in the 60s, curated by Johan Kugelberg and Ed Templeton.

Dutch artist Parra paints a mural on one of the walls of the Geffen, on the occasion of his new Printed Matter fundraising edition, The Joy Inside You Dies Tonight.

Printed Matter is pleased to present four new editions to benefit the LA Art Book Fair, including a four-color screenprint with unique collage elements by Laura Owens, a screenprint on plexi by Jeremy Deller, a regular and deluxe edition skateboard deck by Patrick Lee, and a Paris Hilton-scented air freshener byParra.

Hours and Location
The LA Art Book Fair is free and open to the public: